The Good News: There’s AA. It works if you work it! 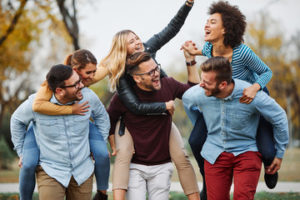 ? ?? Heavy drinking did not trend up ? except among older women (those aged 45 to 55) without children.

? ?? Why does all this matter? Well each year about 88,000 Americans die as a result of excessive drinking. Binge drinking also places a huge economic burden on the U.S. economy ? at least $191 billion a year in lost health care expenditures, criminal justice costs, lost productivity and other expenses.

? ?? Another recent study found mortality rates are rising in Minnesota, caused by a combination of an aging population and a rise in so-called ?deaths of despair.?

? ?? No age group has seen a larger increase in death rates than young adults, ages 25 to 34. Between 2010 and 2017, rates of death for this group rose by more than a third in Minnesota, according to data from the Centers for Disease Control.

? ?? Spikes in three causes of death are largely to blame: drug overdoses, alcohol-related liver disease, and suicide. Two economists who identified the trend, particularly among middle-aged white Americans, coined the term ?deaths of despair.? They pointed at economic insecurity and income inequality as possible causes.

? ?? But, Jon Roesler, an epidemiologist supervisor at the Minnesota Department of Health, said he?prefers to call deaths caused by suicide, drug overdose and alcohol ?preventable deaths,? rather than ?deaths of despair,? because with the right interventions, there is hope that these types of deaths can be prevented.

? ?? Yes, these deaths are preventable, in large part, by a simple, free program called Alcoholics Anonymous! Google to find a club near you!

(Thanks to MinnPost and Minnesota Public Radio News for portions of this story)?